Confluence versions marked "Milestone", "Beta" or "Release Candidate" (RC) are development releases, which are preliminary releases leading up to the official release of a major Confluence version. They are a snapshot of our work in progress and provide an advance preview of new features to our customers and the general public. Confluence plugin developers can also use development releases to test and fix their plugins in advance of an official release.

The main distinction between a beta and a milestone release is that milestone releases typically acquire new features with each subsequent milestone version, whereas beta releases are predominantly feature-complete. Beta releases still undergo bug fixing and occasionally, existing features may be enhanced or added in subsequent beta versions. Release candidates are close to being ready for final release, but may still undergo changes before the final release.

Do not use in production

Development releases should not be used in production environments as they are not officially supported.

Who should try this out?

With development releases, the Confluence development team aims to provide plugin developers with an opportunity to see the latest changes in the code.

Furthermore, if you are a Confluence customer who is eager to see the new features and provide us with feedback on our upcoming major release, we encourage you to try out our development releases.

Each development release has passed all our automated tests, has undergone some performance testing and has been used for one week on our official internal Confluence server. Furthermore, most of the solved issues have been reviewed.

Be aware that our development releases are still undergoing final performance and compatibility testing for databases and application servers. Hence, we recommend that you use development releases on installations with small (as opposed to full production-level) user bases.

If you wish to upgrade your existing Confluence installation with this version, ensure you have created a separate copy of your current Confluence production installation first and using that copy, follow the normal upgrade instructions to upgrade it to this development release. If you have also implemented customized site- or space-specific layouts, you will need to re-implement them after the upgrade. Otherwise, some of the new features in Confluence (or possibly existing features) may not function correctly.

Highlights of this Milestone

After inserting an image, you can now apply one of five effects to the image by clicking the new Effects button and choosing from one of the following: 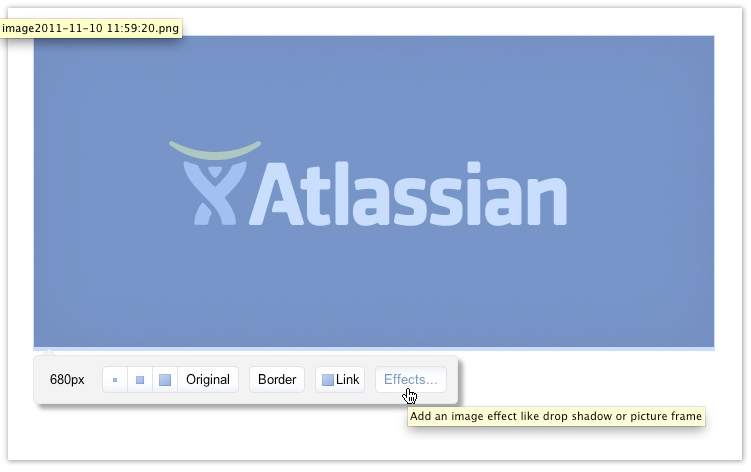 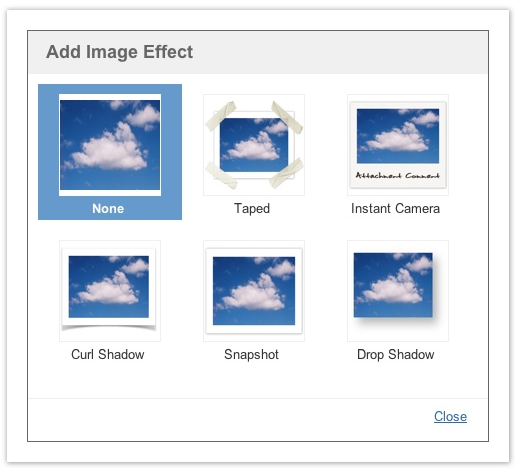 The images above are displayed using the 'Snapshot' Image Effect.

You can now use "special" characters such as : or @ or % in your page titles, as in the screenshot below. Various new features like this are now possible, thanks to the move to the new Confluence editor. 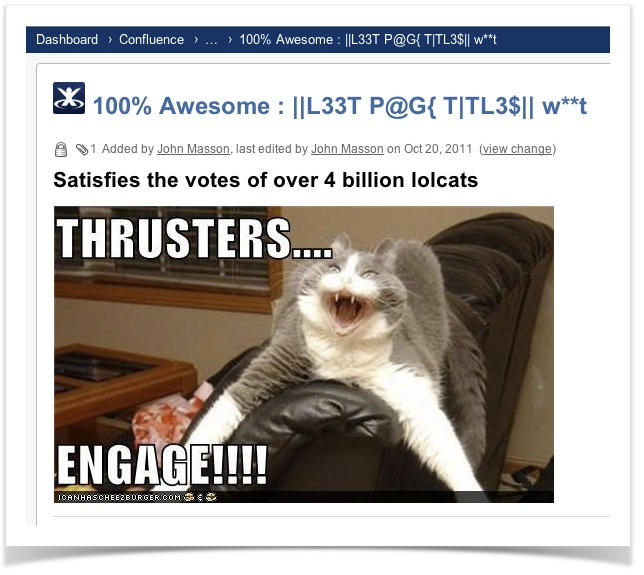