We have continued work further notification improvements in this milestone. Notifications about changes are now sent with From address of the email including the name of the user who made the change. This behaves the same as in JIRA and should make it a lot easier to decipher Confluence notifications in your inbox. 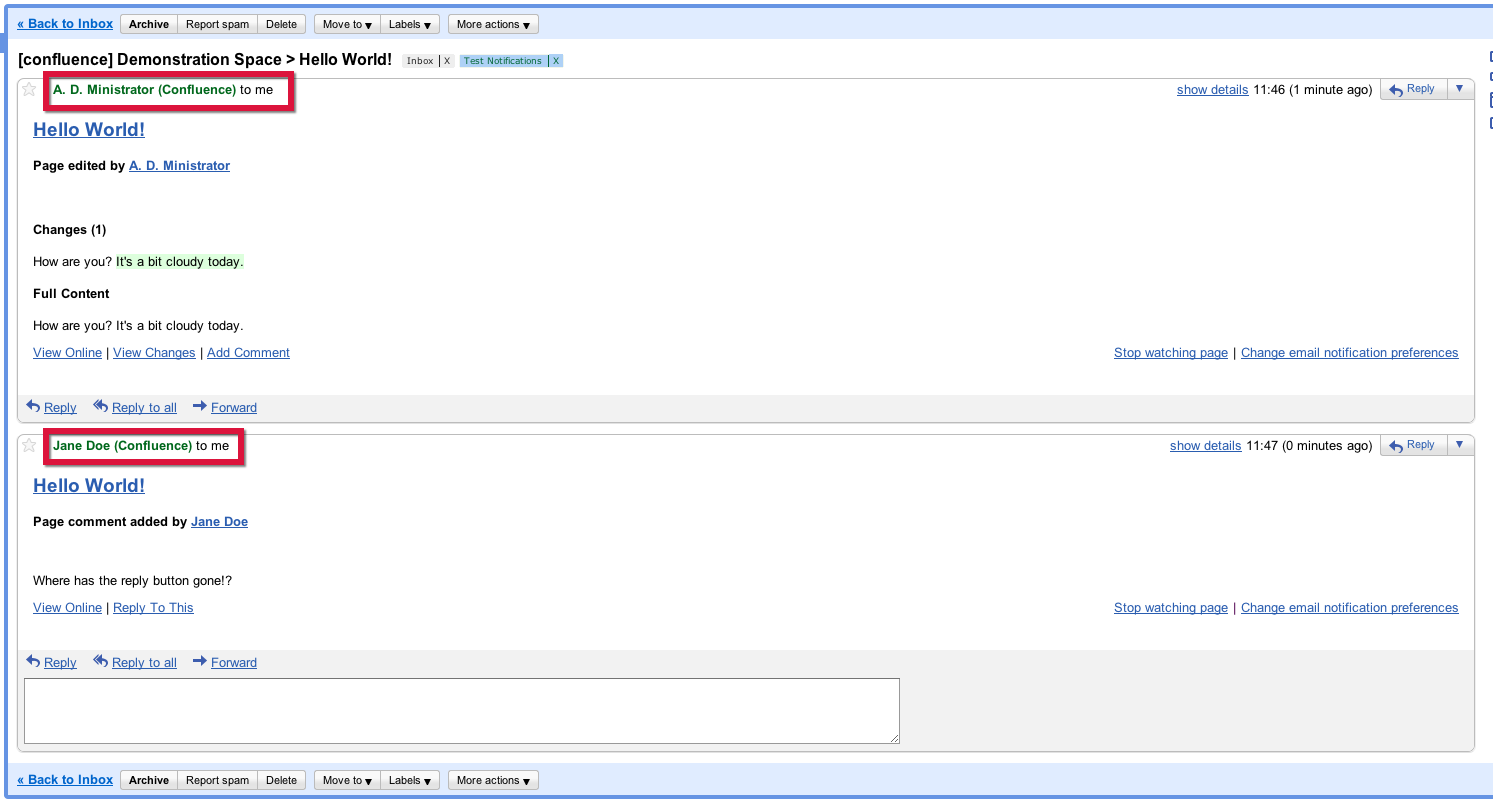 The format of the From address used in emails can be customized by Confluence administrators under the Mail Servers configuration, using the same formats as in JIRA. The default format is “<user’s full name> (Confluence)”.

This milestone includes the ability to select a user's preferred language automatically, by respecting the Accept-Language header which the user's browser sends. Unless a language preference has been made in the profile settings, the closest matching language to the one suggested by the browser will be used. 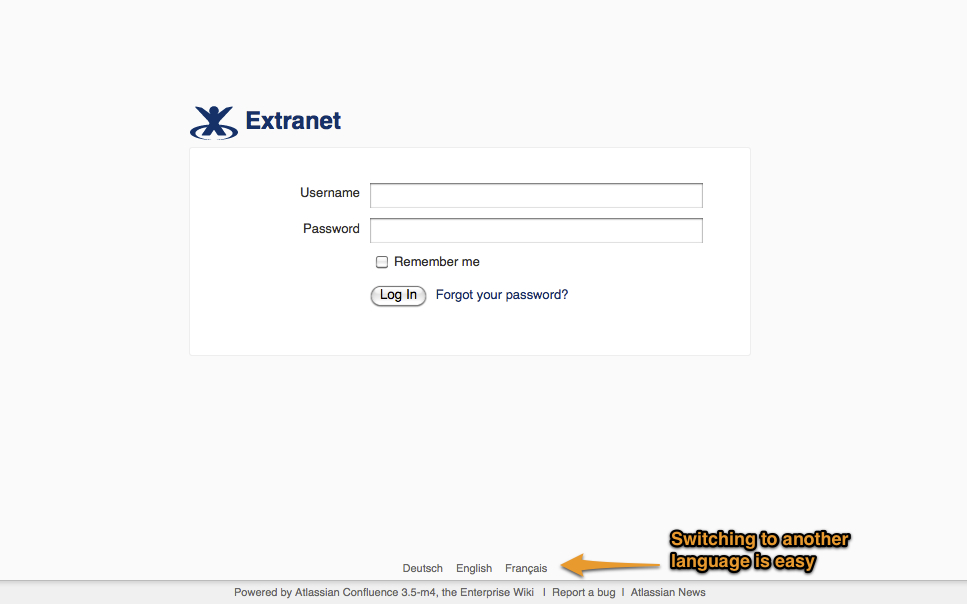 One of the biggest problems facing customers with large installations of Confluence is the scalability of the dashboard. It's a well-known problem that the list of spaces on the dashboard doesn't scale for sites with more than a few dozen spaces. We've added a new screen called the Space Directory where you can browse every space without having to use the Dashboard.

The Space Directory will eventually make the 'All' list of spaces on the dashboard obsolete, and make the performance of the dashboard much better for our large customers.

We have also continued work on editor improvements for Confluence 3.5. In this milestone, you can now embed multimedia files into your page via autocomplete. Try it out by hitting “!” in the editor and entering the name of a movie file attached in Confluence. 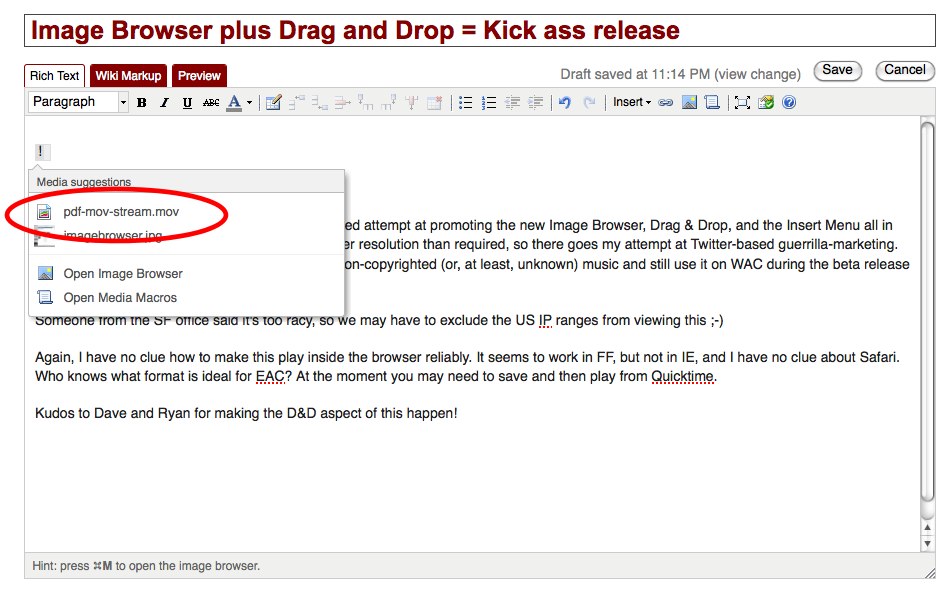 We've added a bunch of new methods into the Confluence SOAP and XML-RPC APIs for watching and managing watchers. The new methods in the remote API mimic the watch functionality exposed through the UI:

There's also a very obscure old method called getBlogEntryByDayAndTitle which only allowed you to look up a blog post in the current month. We've added a new method to look up any blog post by date and title:

The Confluence team is using an internal JIRA project for tracking development with GreenHopper. The CONFDEV issues refer to our internal tracking numbers for user stories or bugs discovered and fixed within the scope of a release.