What is rule branching?

When configuring automation rules, it's possible to create a separate section of the rule and perform actions on related issues - this is referred to as branching. This is in reference to the rule no longer executing in a linear fashion, but instead expanding out to multiple paths.

For example, a rule that’s triggered when an issue transitions to Done could also have a branch that performs separate actions on that issue’s subtasks. 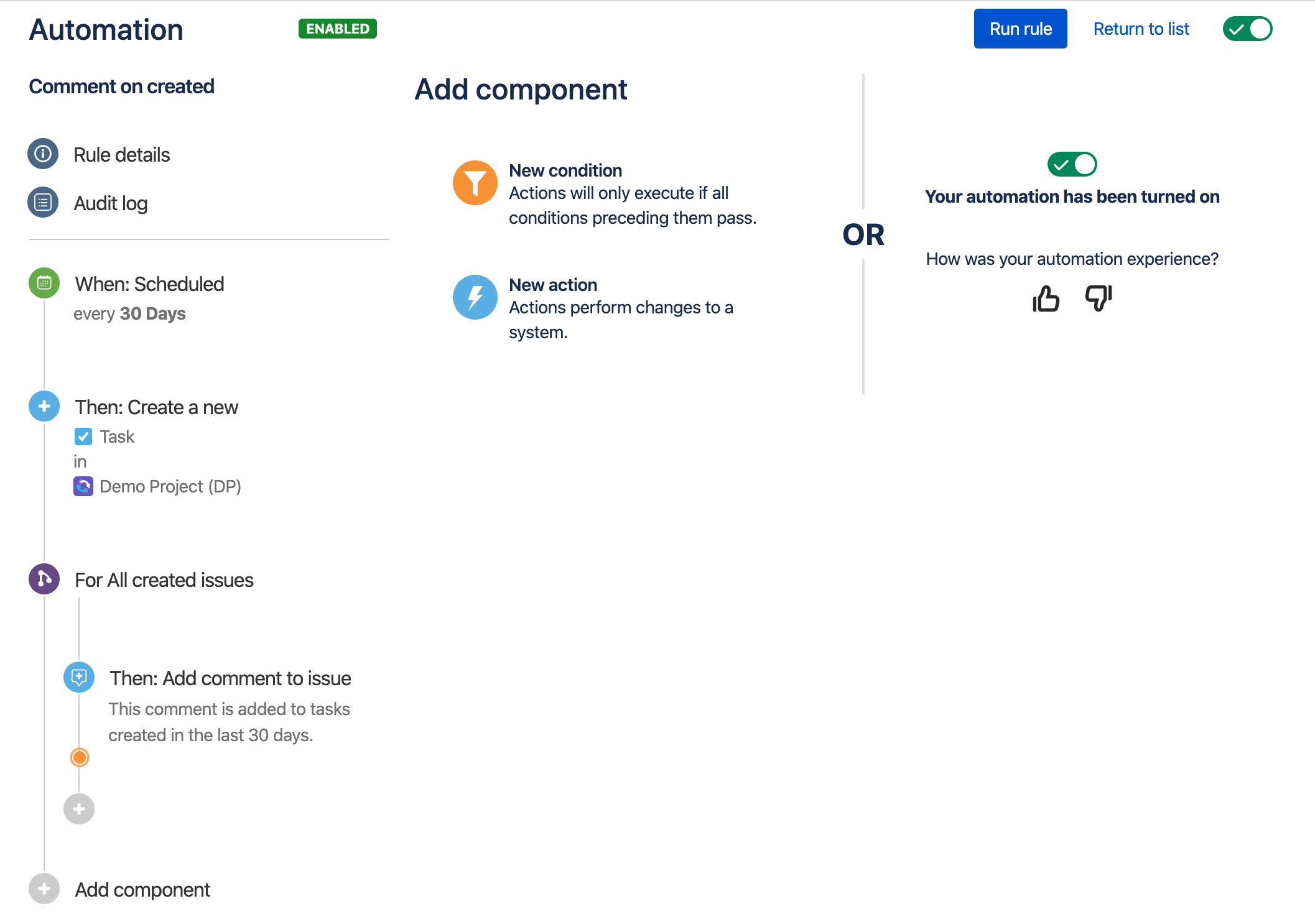 In the screenshot above, we have an automation rule consisting of a trigger, an action, and a branch.