For details on minor releases since FishEye 2.1, see the FishEye Changelog.

Thank you for your interest in FishEye 2.1.

See the documentation on Upgrading to this version.

You can now download FishEye 2.1 from here.  See the documentation on Upgrading to this version.

You can now use Atlassian Wiki Markup in your commit messages — bold text, italics, code, links, images and much more — FishEye will render it. Crucible now has Wiki Markup Rendering as well.

The JIRA hover feature has been improved, now resolving JIRA user names as they appear in FishEye. The integration has also been updated to support JIRA 4. 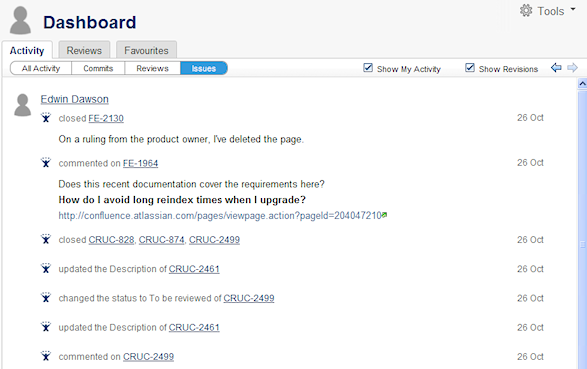 The FishEye administration API has been improved. It is now possible to let plugins control repositories, for example adding new repositories, starting, stopping and so on. This work will be followed by a REST layer to also make this available to remote clients and scripts. We also added Atlassian Plugin SDK support to FishEye and Crucible, simplifying build management for plugin developers. The developer documentation for FishEye and Crucible has been co-located into a new developer space as well. 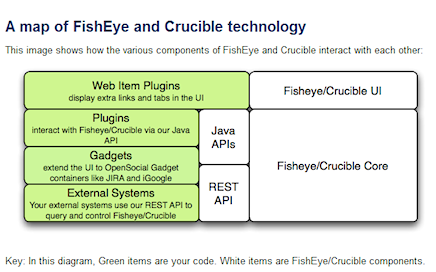 The History page's now uses "lazy loading" - getting only those features, such as revisions and commit log messages, that can initially be seen by the viewer and then building out the rest of the page contents as they're required. New pagination options were added giving access to the first and last pages of information, in addition to the previous and next. This makes things work a lot faster. 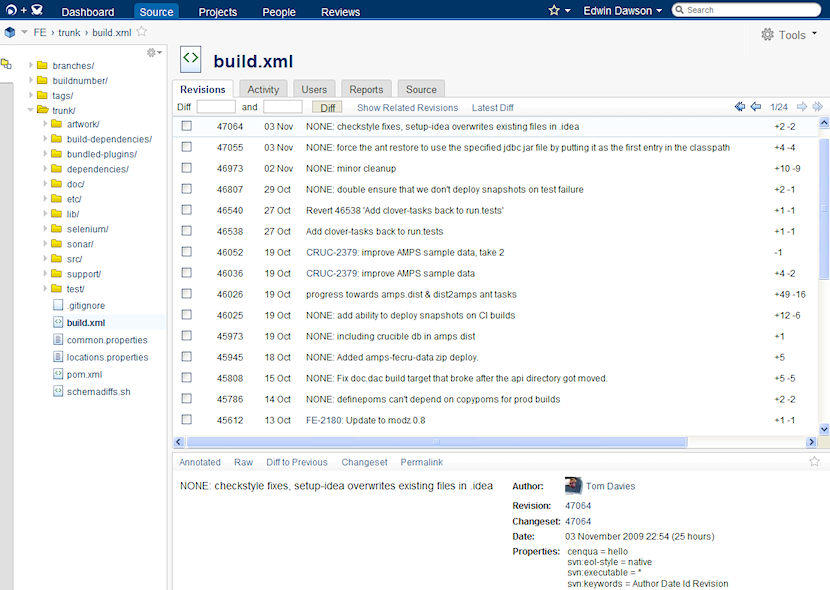 Visit our issue tracker to see the full list of improvements and bug fixes.