A Data Center license is required to use this feature. Get an evaluation license to try it out, or purchase a license now.

While your team collaborates on code to build software, sensitive information such as passwords, tokens, private keys, environment variables, .pem files or other secrets may accidentally get added to your repositories. As soon as code containing secrets gets pushed into your repositories, secrets are added to the commit history and persist until they are revoked. Unidentified breaches may result in the potential use of secrets by any users with access to your repositories.

Secret scanning is enabled by default in your Bitbucket instance, and both global and system admins can disable or enable secret scanning by modifying the configuration properties in the bitbucket.properties file.

The scanner makes use of default patterns to scan your repositories and can detect a majority of the generic secrets. You can customize the scanner to optimize the performance and reduce the number of false positives—modify or delete the default patterns or add your own regex patterns and file paths. 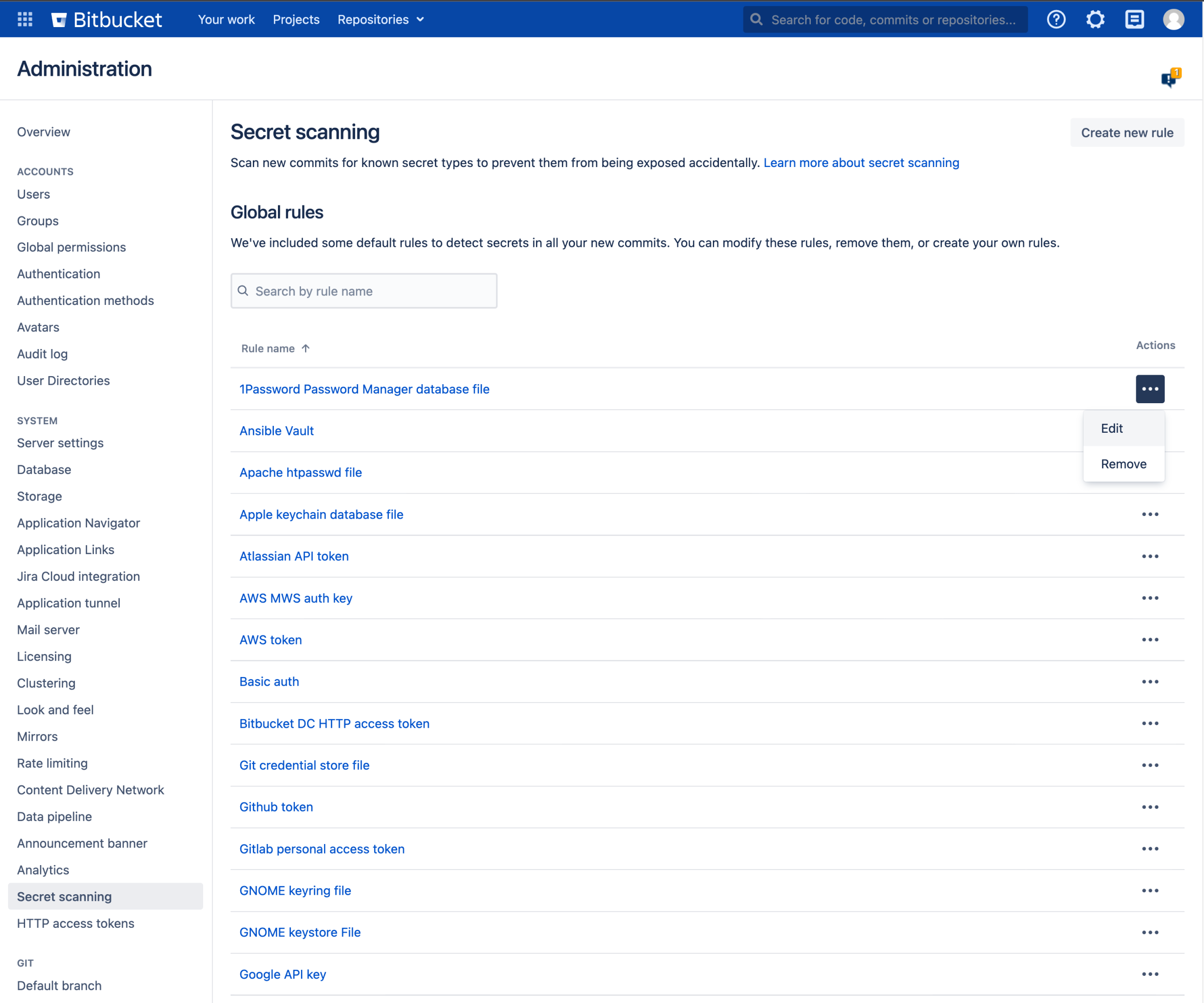 Once a secret has been detected in a repository by the scanner, it is good practice to treat the secret as being compromised. Any secrets that are detected by the scanner should be invalidated in the tool they were created in (either through revoking, deleting, or rotating said secret) and new secrets should be generated in their place. Invalidating secrets may involve working with other teams in your organization such as DevOps or Security to make sure that existing systems and workflows are not impacted.

Removing the secret from Git history by force pushing does not guarantee that the commit is completely cleaned up. There are lots of edge cases (other branches, pull requests, forks, local copies, etc) where the commit may still be referenced and so will never be completely removed from Git, even if it is not part of the main branch. Additionally, anyone with access to the repository may have already seen the secret and made a copy of it elsewhere. Therefore, we don’t recommend that you revoke the secret from your commit history.