Responding to your feedback:

Keep logging your votes and issues. They help us decide what needs doing!

You can download Crowd from the Atlassian website. If upgrading from a previous version, please read the Crowd 2.0 Upgrade Notes.

A single user can now have different usernames in different applications. For example, Arthur Dent might have username 'dent@example.com' in your JIRA issue tracker, 'arthur' in your internal Confluence wiki and 'adent' in your public-facing Confluence wiki. 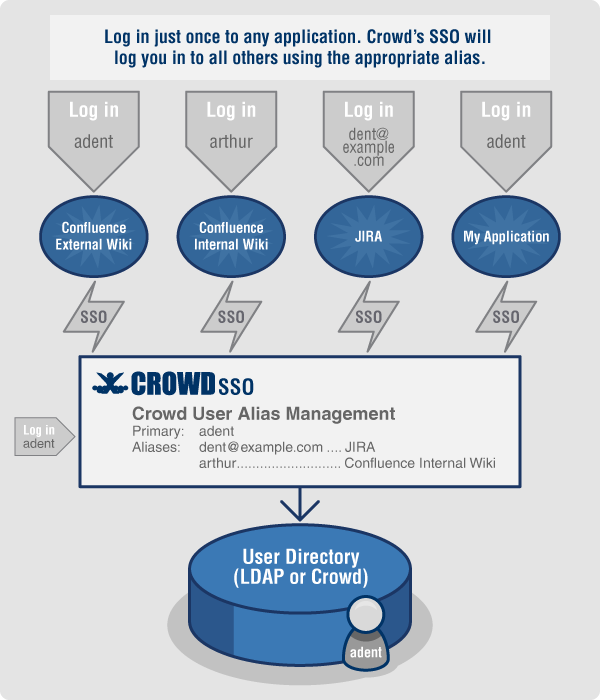 Nested Groups in All Crowd Directories

With Crowd 1.4, we introduced support for nested groups in Crowd-connected LDAP directories. This means that you can have a group as a member of another group. Now Crowd 2.0 supports nested groups for Crowd Internal and Delegated Authentication directories too. Your custom directories will also support nested groups, provided that they meet the interface requirements of the RemoteDirectory API. 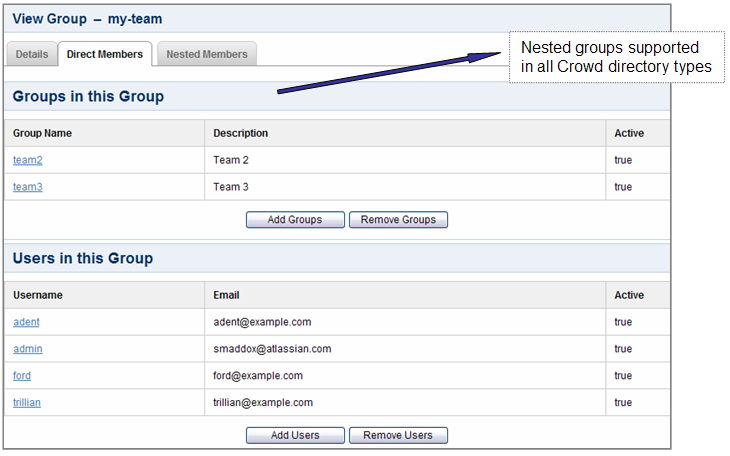 You can now configure Crowd to assign new users to specific groups automatically. 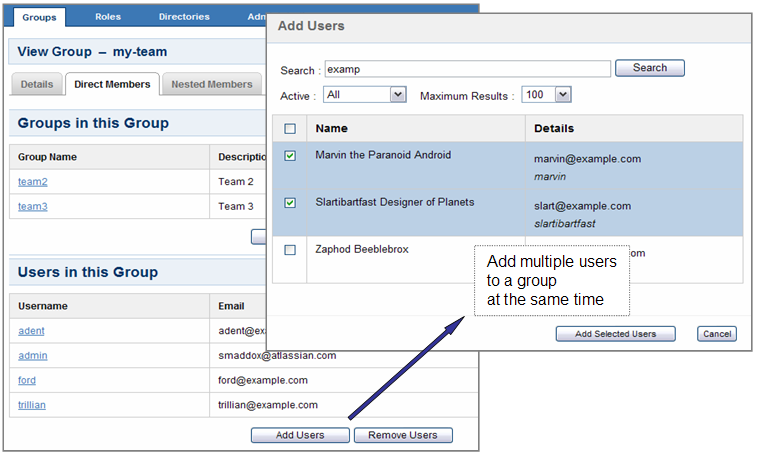 On the user management side: 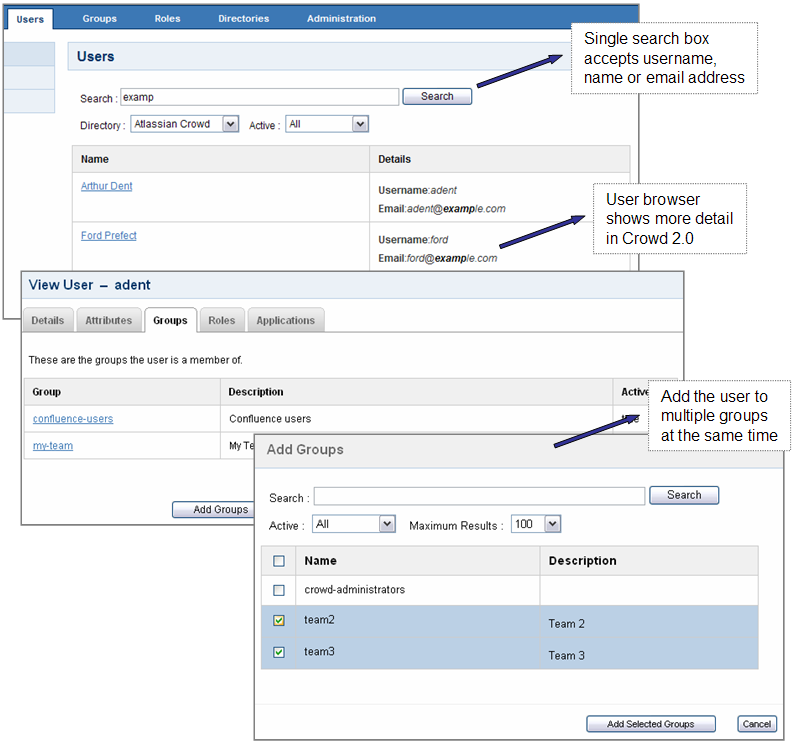 The Crowd team have done a lot of under-the-cover work in this release, chiefly on updating Crowd's database schema. This work will put us in good stead to provide shiny new features in later releases. For Crowd 2.0, the biggest gain is in the performance of Crowd Internal and Delegated Authentication directories. Comparisons of Crowd 2.0 with the previous release have generated the following statistics in our test environment, running on a Crowd Internal directory with 60 000 users, 5 000 groups and 240 000 group memberships.

We haven't even tried to represent the searchPrincipals and findAllGroupRelationships requests graphically, because the performance improvement is off the charts:

The updated Crowd database schema provides some wins in the area of database support too.

Crowd 2.0 exposes a new REST API that provides access to resources (data entities) via URI paths. This is useful for developers wanting to integrate Crowd into their application and for administrators needing to script interactions with the Crowd server.

Other Things Worth Mentioning