This is the documentation for Clover 3.3. View this page for the

of Clover, or visit the latest Clover documentation.

We are happy to announce Clover 3.2.

Upgrading to Clover 3.2 is free for all customers with active Clover software maintenance at the date of launch and of subsequent updates.

This page describes new features of Clover 3.2. For changes in 3.2.x bug-fix releases, please refer to the relevant documentation:

Clover 3.2 now provides support for the Java 1.8 language features such as lambda functions, method references, virtual extension methods or repeating annotations. It is possible to instrument lambda functions and method references and measure code coverage for them. It is also possible to see lambda functions in HTML and XML reports as well as in a source code editor window in the IntelliJ IDEA (version 12 or later). Code metrics (such as number of statements, number of methods, cyclomatic complexity etc) also take into account lambda expressions.

In Clover 3.2 you can see lambda functions declared in a method body or as a class field in HTML report as well as see a lambda function signature in a <line> tag in XML report. Just use <clover-report> task with showLambdaFunctions=true and showInnerFunctions=true options. 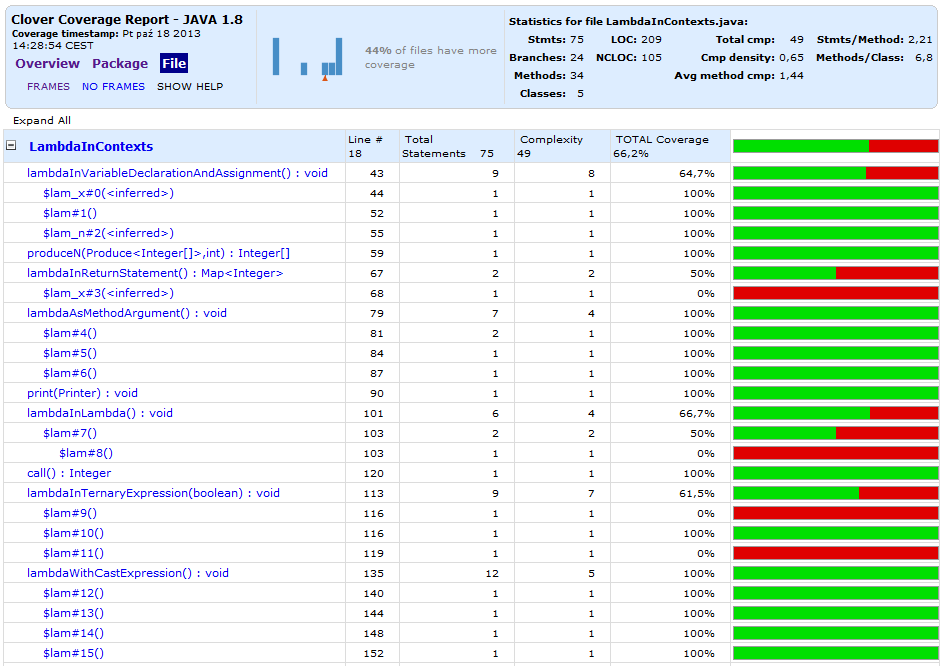 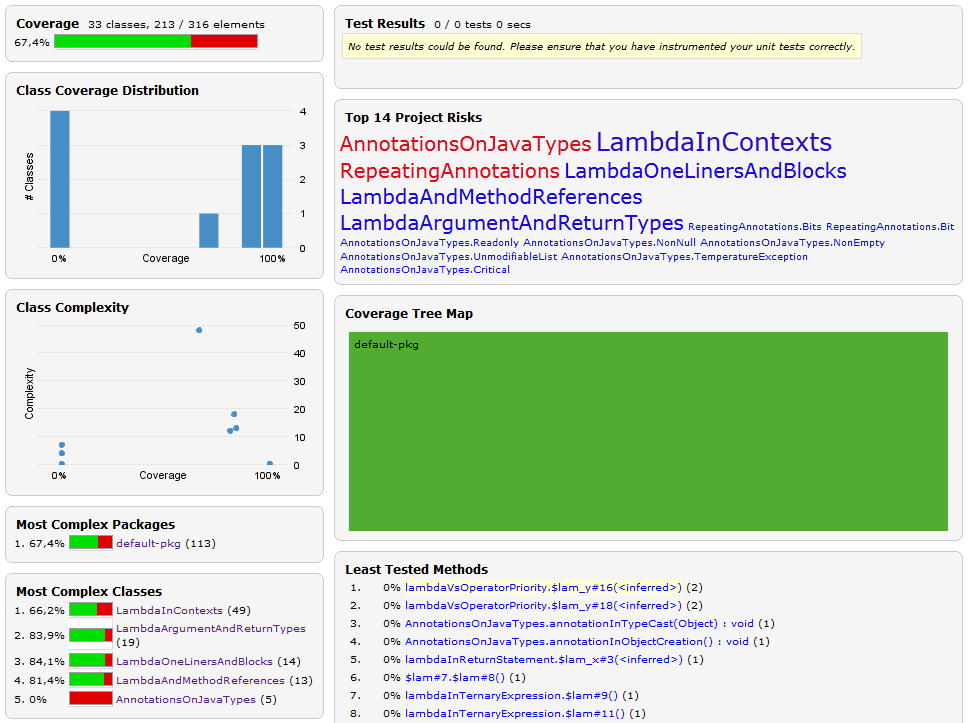 Clover 3.2 comes with an extended Clover API (and even more will come in next minor releases). It allows to navigate more easily through the Clover database structure. See https://docs.atlassian.com/atlassian-clover/latest JavaDoc documentation.

Due to fact that Eclipse 3.6 is the lowest Eclipse version officially tested on JDK1.5, we decided to drop support for older Eclipse versions. Clover 3.2 may still work on them, but it is not guaranteed.

The latest Eclipse and RAD versions available at the date of the Clover 3.2 release are supported.

Please note that Eclipse 4.3 does not support Java 8 yet - the most probably it will be available in Eclipse 4.4.

Clover 3.2 is generally backward-compatible with Clover 3.1, and the migration should be straightforward.

However, there are few issues breaking the backward compatibility:

Deprecated command line options -jdk14, -jdk15 and -jdk17 have been removed. Use the --source=1.x instead of this.

The --outputfile option was renamed to --outfile to make it consistent with the XMLReporter.

It affects all classes in Clover core (com.cenqua.clover:clover). This class rename should be transparent to build scripts (Ant / Maven / Grails) unless your build scripts or tools are referencing these classes directly. In such case rename references as follows:

Except where otherwise noted, content in this space is licensed under a Creative Commons Attribution 2.5 Australia License.