The following information is applicable only to versions of Bitbucket prior to 7.0, as major changes to pull request diffs were included as part of that version.

Please see the full release notes for Bitbucket 7.0 here for further details on these changes.

When creating a Pull Request, the Diff view in Bitbucket Server compares the changes between branches with the ultimate goal of providing an overview of which changes will be merged when a merge is performed.

In other words, the git diff starts at the common ancestor.

This also applies to the following use cases:

This is achieved by running the Git merge-base command.

Let's check the behavior with a step-by-step example.

In this example there are three branches involved:

These three branches are created in the following order:

The following commands have been used for the creation of these branches:

The branches will be presented as follows in the Bitbucket Server Commits page:

When checking the Diffs tab in a pull request, no changes are shown between the two branches. 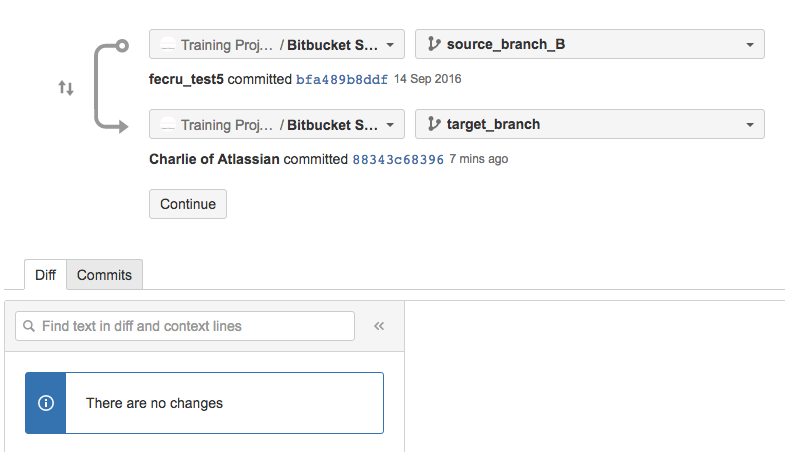 This is the same, empty, result of the following Git command:

Note that when comparing the two branches with 2 . instead of one, the change applied to the target_branch is shown:

When checking the Diffs tab in a pull request, the changes applied to the source_branch_A are shown. 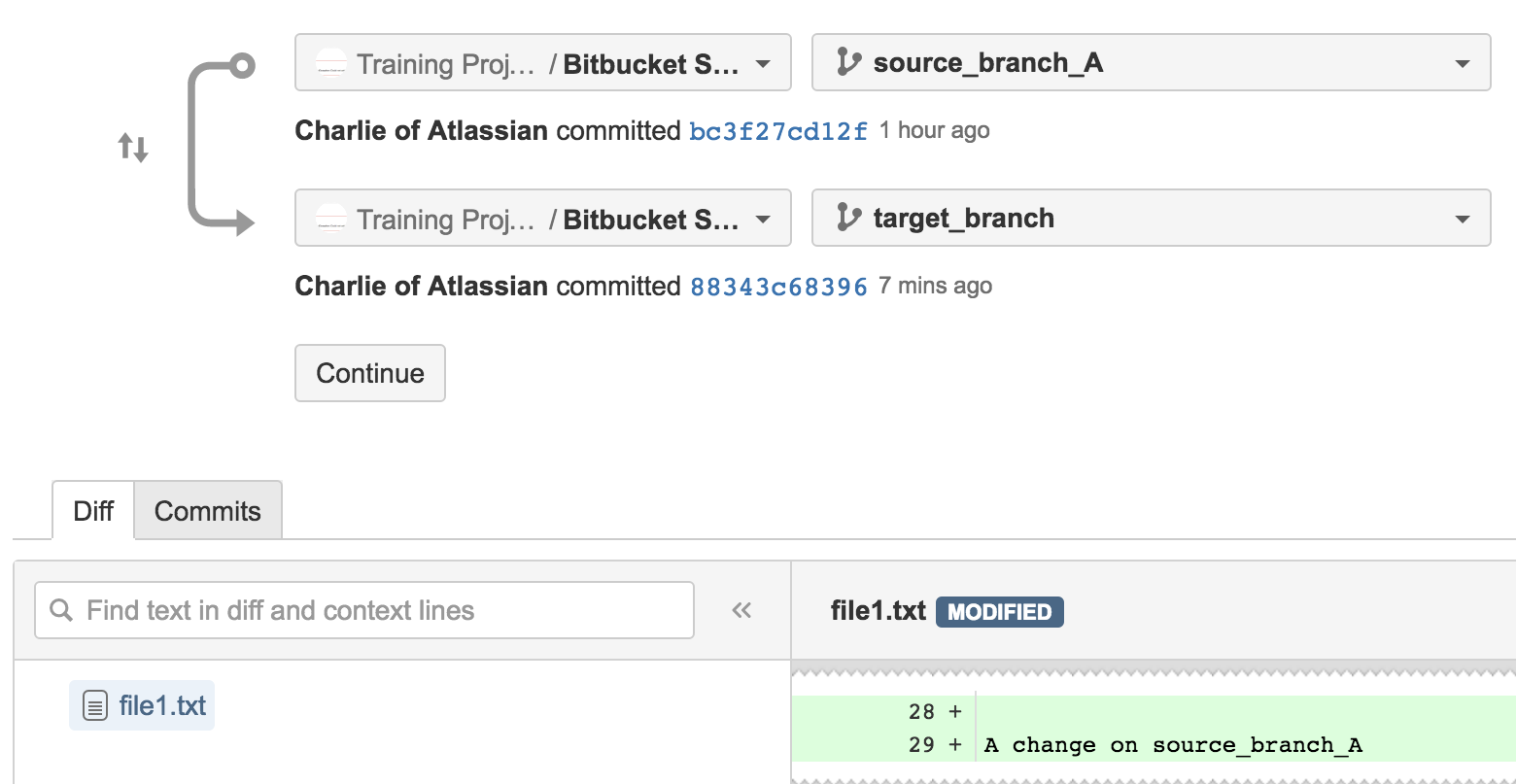 This is the same result of the following Git command:

How does it work real time?

A merge commit hash is generated by Bitbucket by performing a Merge Base when a pull request is created. This hash can be retrieved by checking the content of the $BITBUCKET_HOME/shared/data/repositories/<repository_id>/stash-refs/pull-requests/<pull_request_id>/merge.

When we create a Pull Request for a source branch to the target branch, the diff is as follows:

This can be checked using git show command:

Even when the Merge is done on the PR, the value in $BITBUCKET_HOME/shared/data/repositories/<repository_id>/stash-refs/pull-requests/<pull_request_id>/merge still stays the same.

When selecting an individual commit in the diff view, Bitbucket shows the diff between those two commits only.

In both cases, the following two git commands are run:

When selecting the "All changes in this pull request" option, the <hash_1> used will be the one from the merge commit generated by Bitbucket when the pull request was created.

Q: Does this apply only to a branch comparison or a diff in a pull request?

A: No, this also applies to a tag comparison. The following example shows that no Diff are displayed, even if a new change has been pushed to the target branch (as in Step #2 above): 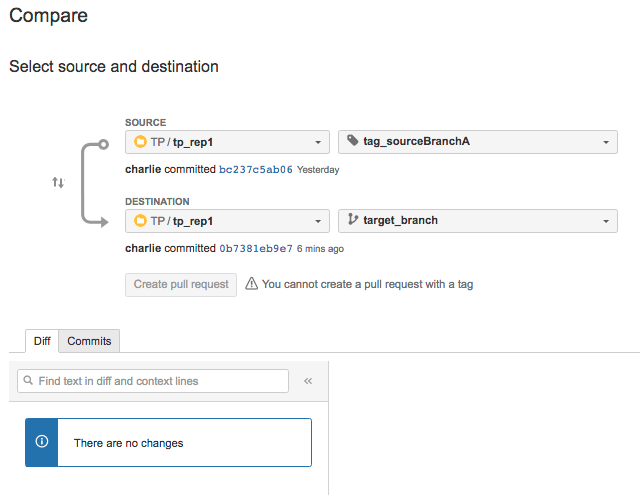 Q: If I change the order of the compare and I see a difference, is it wrong?

A: No, that's expected and it depends on the Git changes applied. 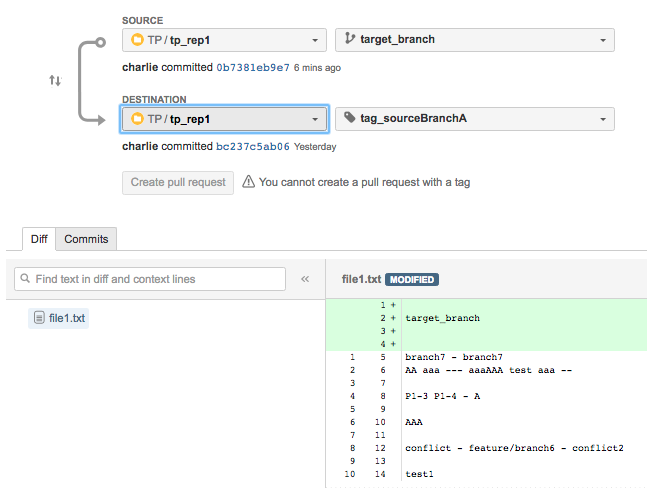