User creates a Pull request (PR1) from Source Branch (Feature) -> target Branch (master) which shows conflicts. Now to solve this sometimes user might create a new branch and a new PR2 to solve conflicts. If done incorrectly this can cause PR1 to automatically be marked merged with some of the feature code lost from master.

This is usually caused due to improper conflict resolution method. Ideally conflict resolution should be performed on the same source branch by locally merging the target. However in some cases the source branch might be protected hence preventing local merges to it. In such cases users will create new branch to resolve conflicts. However if the user only stages the conflicted files in the new branch and leaves out (unstage) other non-conflicted feature files, this will cause some of the feature code changes to be lost from target.

Below is an example case study: 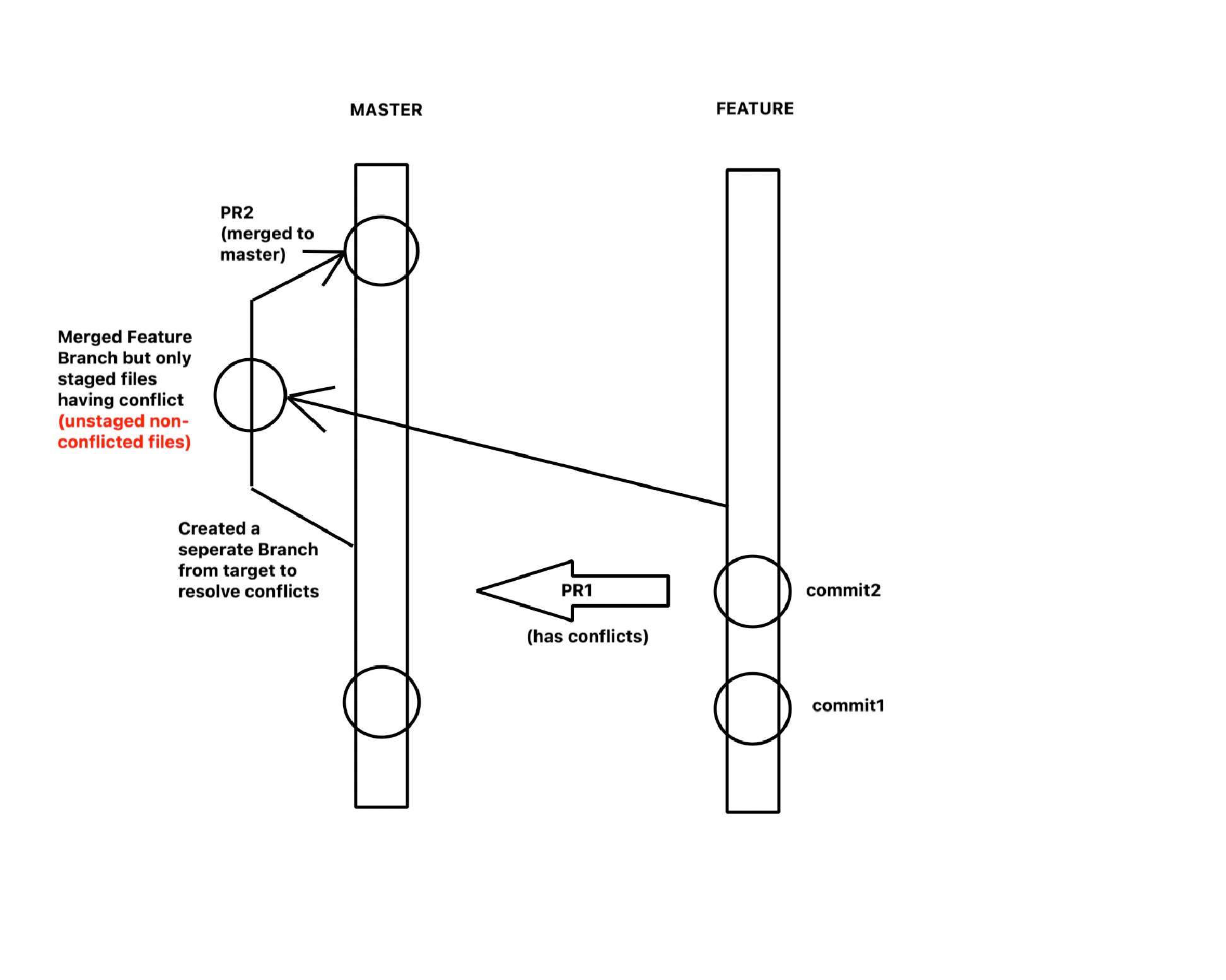 If detected immediately, one possible solution is to create a new branch and manually copy the code left out to this branch and merge it again.