The Inject Bamboo variables task allows you to read the values for variables from a file, and create those variables in your build plan. 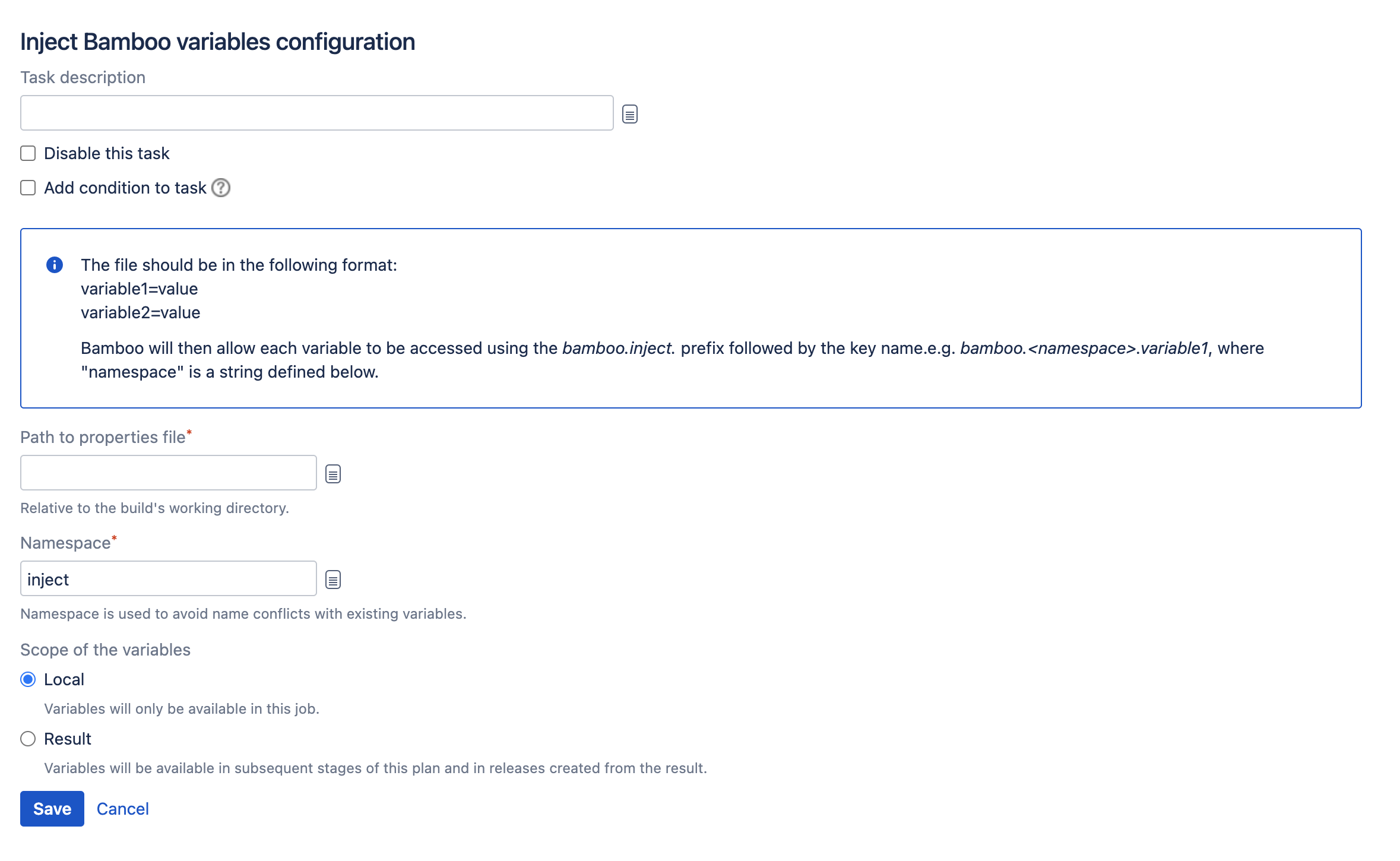 A note regarding using Injected variables with release names: while they can be used for versioning they cannot currently be configured to auto-increment.

The Dump variables to log task simply writes out the current values of all variables used in the build.

Q. What if two jobs in the same stage create the same variable?

A. Of course! One caveat though: if you restart a build which has an associated deployment release, the variable in the release will not be refreshed. We're working on that...