To prioritize work for your teams, you can move an issue to a higher or lower row in the scope section. This moves the position of the issue in both the scope and timeline sections.

For instance, in the sample plan below, the issue IOS-26 is being moved from row #6 to row #5. 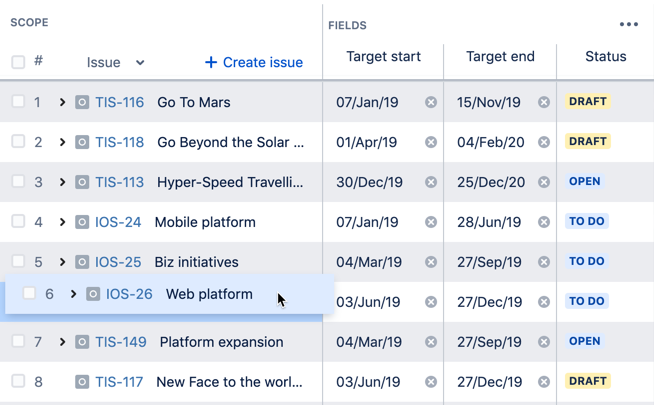 Prioritizing issues in the improved interface