The scope view shows an overview of all the work comprised in your plan. It is composed of issues that are pulled from the project board or filter you used to connect your plan. The scope view consists of two main parts:

Schedule - The top half of your scope view that shows a visual roadmap of all work items in your plan.

Scope table - The bottom half of your scope view that displays the core to-do list of your plan. In this section, you can create new issues, add estimates, and view other associated information such as assigned releases.

All information in the scope view can be viewed and filtered by issue hierarchy levels. The three levels of hierarchy by default are:

You can also setup custom levels of hierarchy above the epic level such as initiatives.

How to switch the hierarchy level view 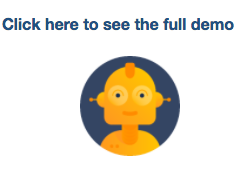