Upgrade to 6.3 Fails Due to Unable to create the Quartz trigger

When upgrading to JIRA 6.3.x from a version older than 6.3.x, an error page is displayed with the following stack trace: 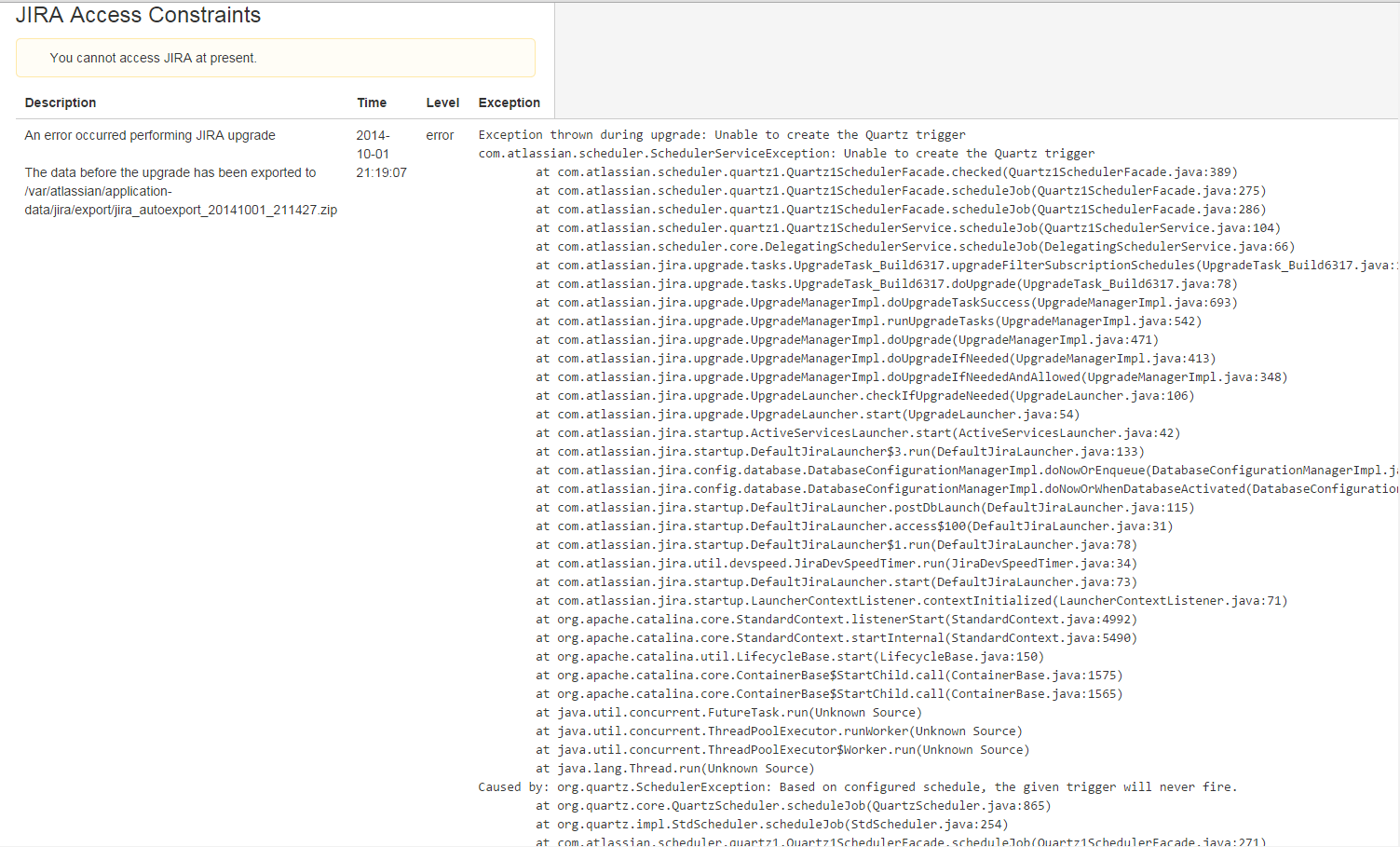 By running the following SQL queries against the JIRA database:

We see output similar to the following example:

As seen in the table above, the entries with trigger_id 13210 and 13211 are set to fire (next_fire) in the past, given that the query was run 2014-10-15. These are problematic entries in the database which need to be removed manually.  You will have separate results for each of the two queries below and you will need to note the SQL ID's for the invalid tasks and utilize them in the deletion queries to remove the invalid tasks.

Before making any changes to the JIRA database, always be sure to create a backup. If possible, utilize a testing/staging instance of JIRA to run through these steps before attempting them on a production/live instance of JIRA.

All SQL queries in this article are written for PostgreSQL and may require modification for other database platforms.

Please see our documentation on backing up JIRA data for detailed instructions.

For each bad trigger identified, you will run the following SQL query for each trigger_id:

Replace <bad_trigger_id> with the ID's that you identified from the previous queries. For instance in the previous example we noted that 13210 and 13211 were bad and that data was the result of the first query on the qrtz_triggers table.  We would delete those ID's using the first query below.  The results of the second query would correspond with the second query here.

Once these bad values have been removed from the database restart JIRA and proceed with upgrading JIRA.