HTTP 400 errors observed in Jira server when integrated with IIS

When attempting certain actions within JIRA, such as removing a status in the Workflow Designer screen, it fails with the response of a HTTP 400. This can occur with all sorts of different functionality within JIRA. Depending upon the Web Server being used, the error may be something like the below (this is IIS): 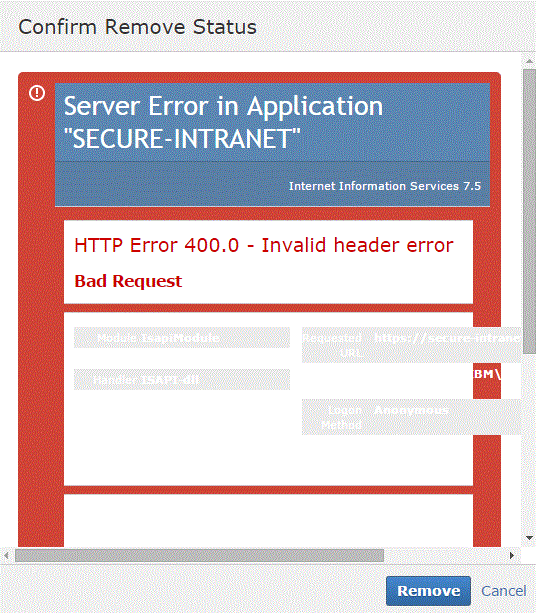 Microsoft IIS may be blocking PUT and DELETE web methods (or HTTP verbs). These are required by JIRA for the REST APIs to work, without them a large amount of functionality will fail. Alternatively you may be affected by  JRA-44424 - Getting issue details... STATUS .

There are several workarounds to this case, however it is recommended to enable PUT and DELETE on the web server. Some of the workarounds:

Enable PUT and DELETE on the IIS reverse proxy. There's several guides for doing so below: