How are the 'suggestions' calculated in the Assignee dropdown

On Assign issue transition screen there are some automatic suggestions. How are they calculated?

The Assignee dropdown is separated into three groups:

The suggested users are calculated in the following manner. Only those that are able to view the issue and be assigned are displayed. If you're uncertain about whether or not a user can be assigned to that issue, use the JIRA Admin Helper. 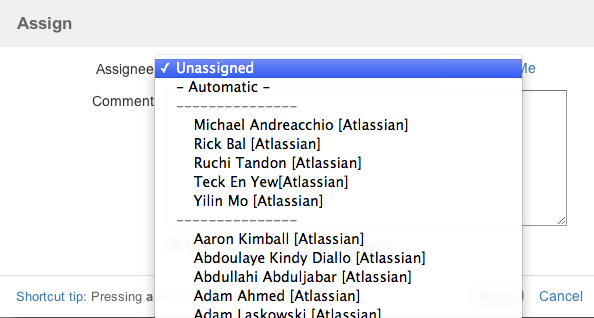