With Docker Runner, you can run builds and deployments in a Docker container to isolate the build process from the environment it runs in. This increases the security of your environments by providing more strict control over resources the continuous integration (CI) process has access to. The isolation also helps with the reliability of your CI, by making sure that environment it runs in can be reliably recreated each time you run your builds.

Docker Runner can be enabled for jobs and deployment environments when: 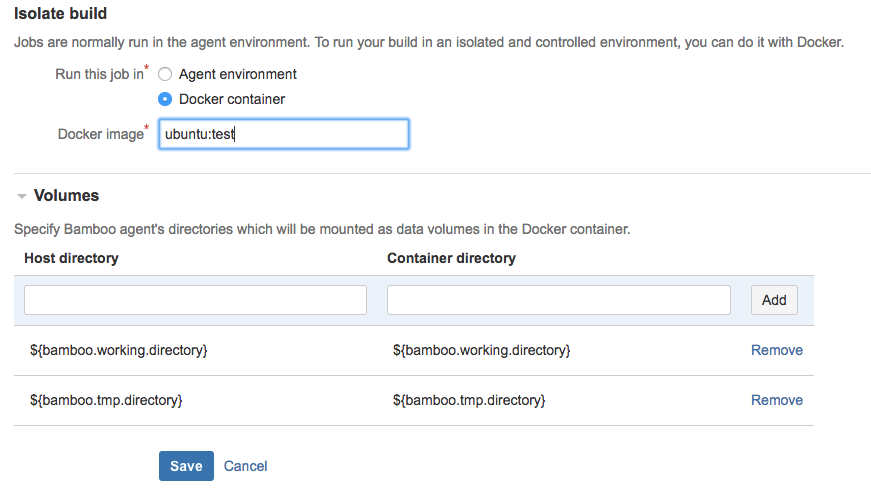 Use ~/ to provide a path to your home directory.