The 'Inject Bamboo variables' task allows you to read the values for variables from a file, and create those variables in your build plan. 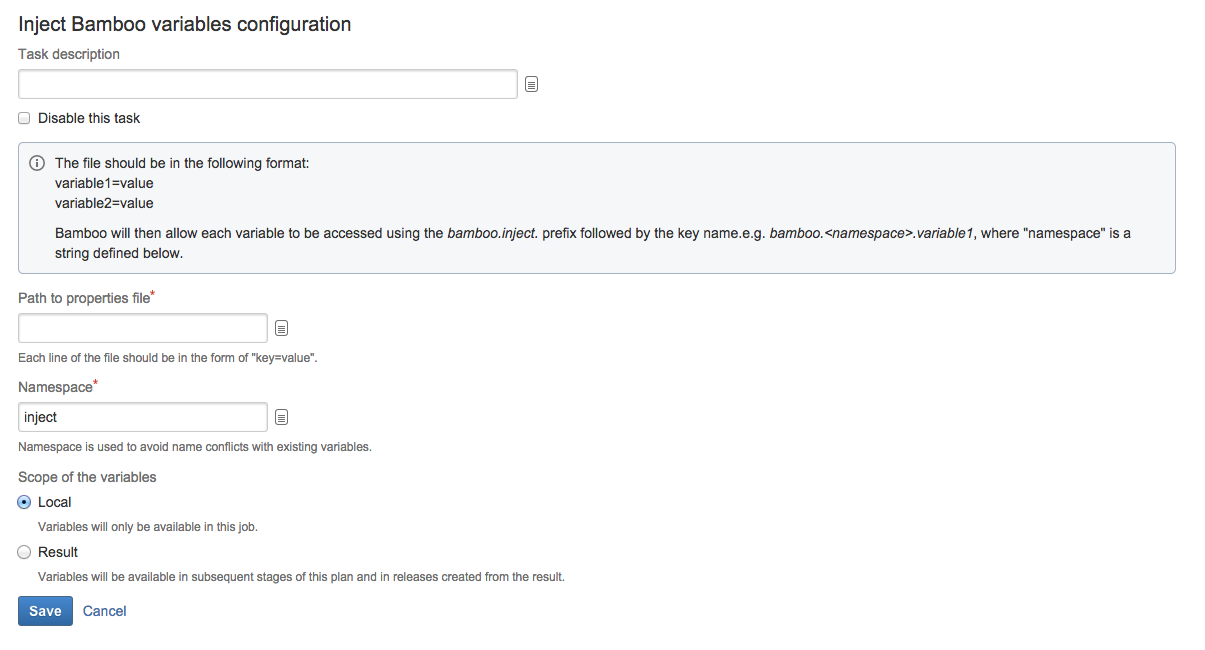 The 'Dump variables to log' task simply writes out the current values of all variables used in the build.

Q. What if 2 jobs in the same stage create the same variable?

A. Of course!  One caveat though: if you restart a build which has an associated deployment release, the variable in the release will not be refreshed. We're working on that...