Dependency blocking is an advanced feature of dependent build triggering that can be used to manage the builds of plans that have parent plans. This ensures that a 'tree' of dependent builds always runs in tree hierarchy order, even if child plan builds are triggered independently of their parents.

The three dependency blocking strategies are:

These dependence blocking strategies are illustrated in the flowchart below: 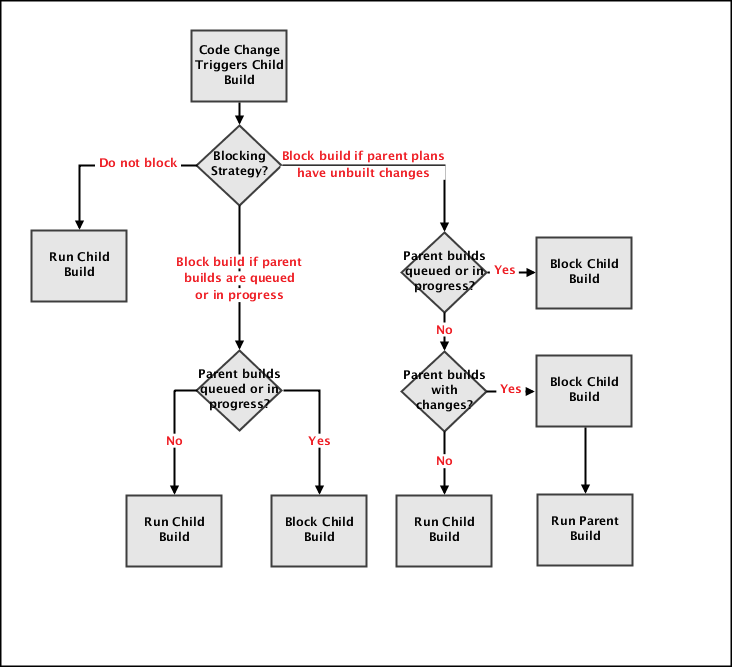